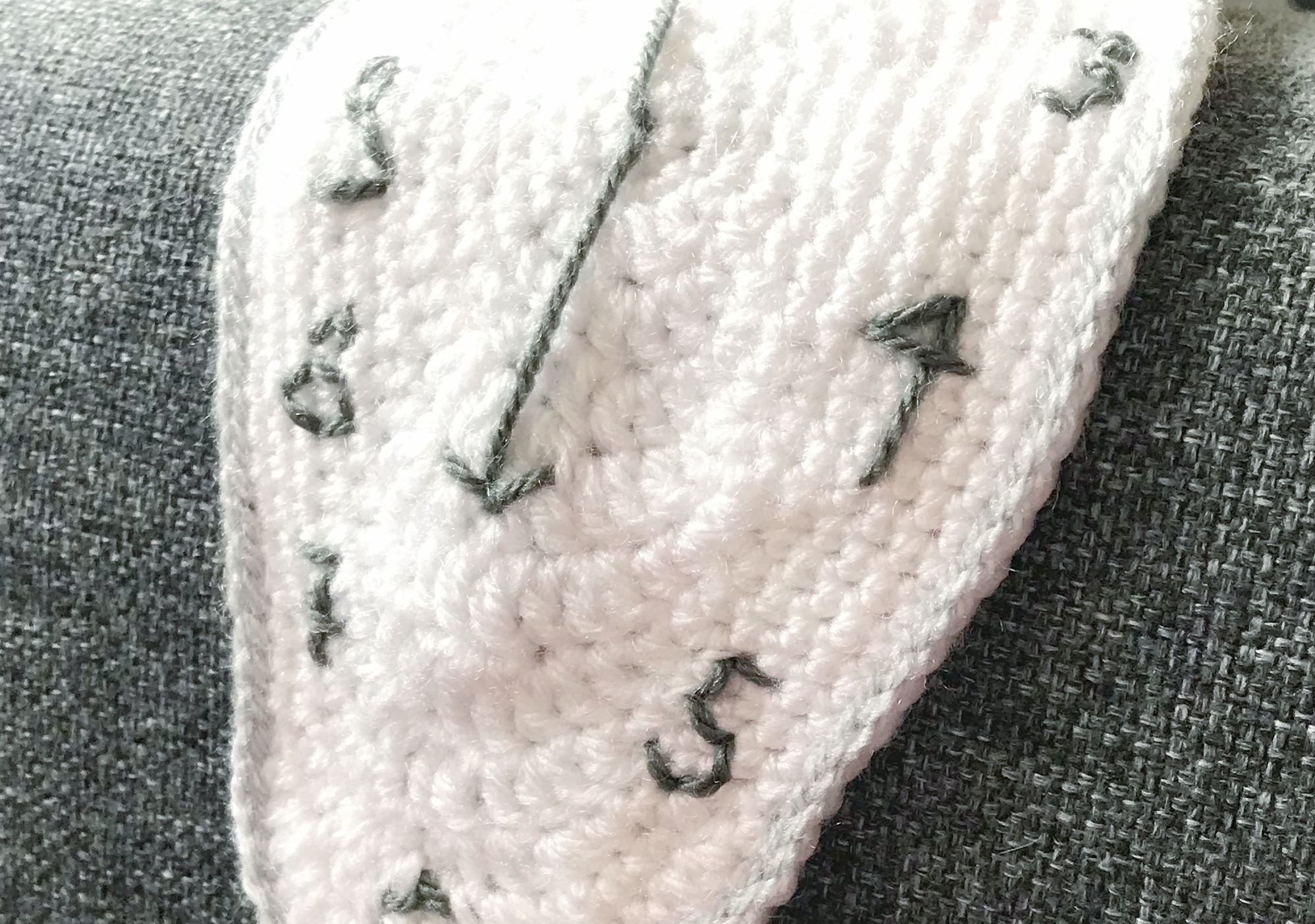 Scroll down for the word of September!

Ah, Barcelona. The third city I pull out of the Jar of Ideas. I kind of see a theme. One of my sisters probably wrote all the major cities (in Europe? Or the world?) on pieces of paper, to fill the jar a bit.

Since I have never been to Barcelona, I have to do with my own associations. The first thing that came to mind was Salvador Dalí, the surrealistic painter with the iconic mustache. I didn’t know if he had a connection to Barcelona, so I decided to Google a bit. Turns out, Dalí was born in a town called Figueres, near Barcelona. Close enough, I figured. Those melting clocks are amazing and I love to get inspired by a painter of that magnitude.

What to do with Dalí? I mentioned the melting clocks before, which is an image I immediately associate with Dalí. Okay, melting clocks it is. But what material should I use? I have some leftover yarns I could use for a clock, but maybe I want to paint, like Dalí?

I decided to go with crochet, without a pattern. Some shapes are not that hard to make! Basic crochet knowledge will make it a lot easier to free-hand a project like this. In this case, I wanted to create a stretched circle that really started as a circle. I started with a magic ring and decided on the go whether I should crochet a dc (US: sc), half treble (US: hdc), treble (US: dc) or double treble (US: trc). I made sure that I increased a lot, to keep the clock a little bit flat (that didn’t really work out: it started out great, but near the end it got wonky. My guess: too little increases in the final rows). All the stitches that are not dc (US: sc) are used to create an oval-kind of shape. I really wanted the clock to look melted, so it was important that the top and bottom were stretched but the sides were almost normal.

The word for September: Luck 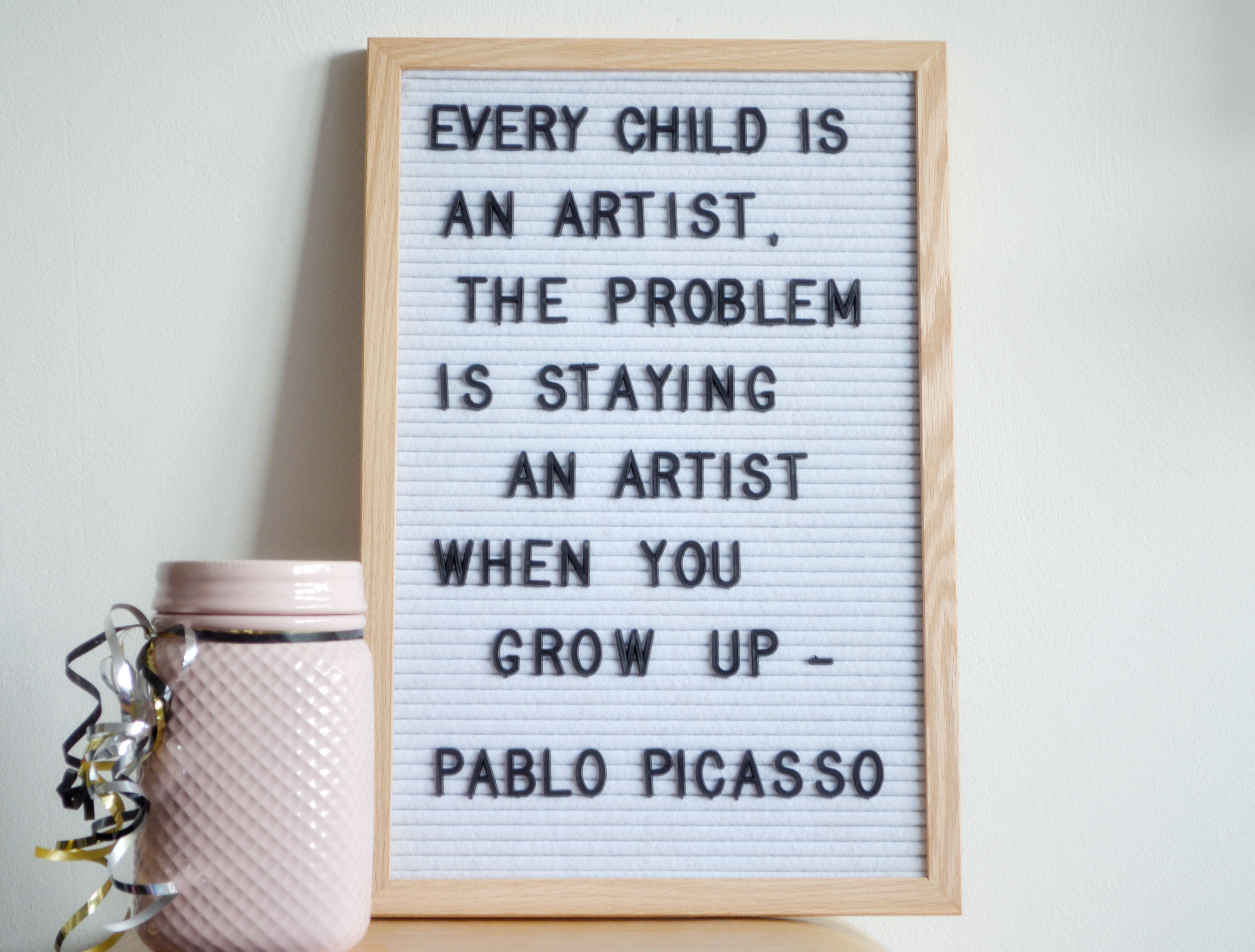 What Is a Jar of Ideas? 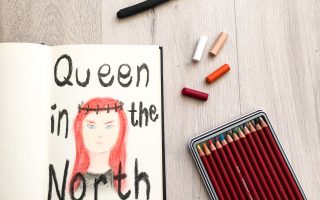 Jar of Ideas – Game of Thrones 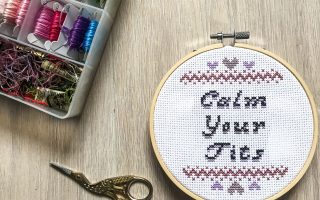