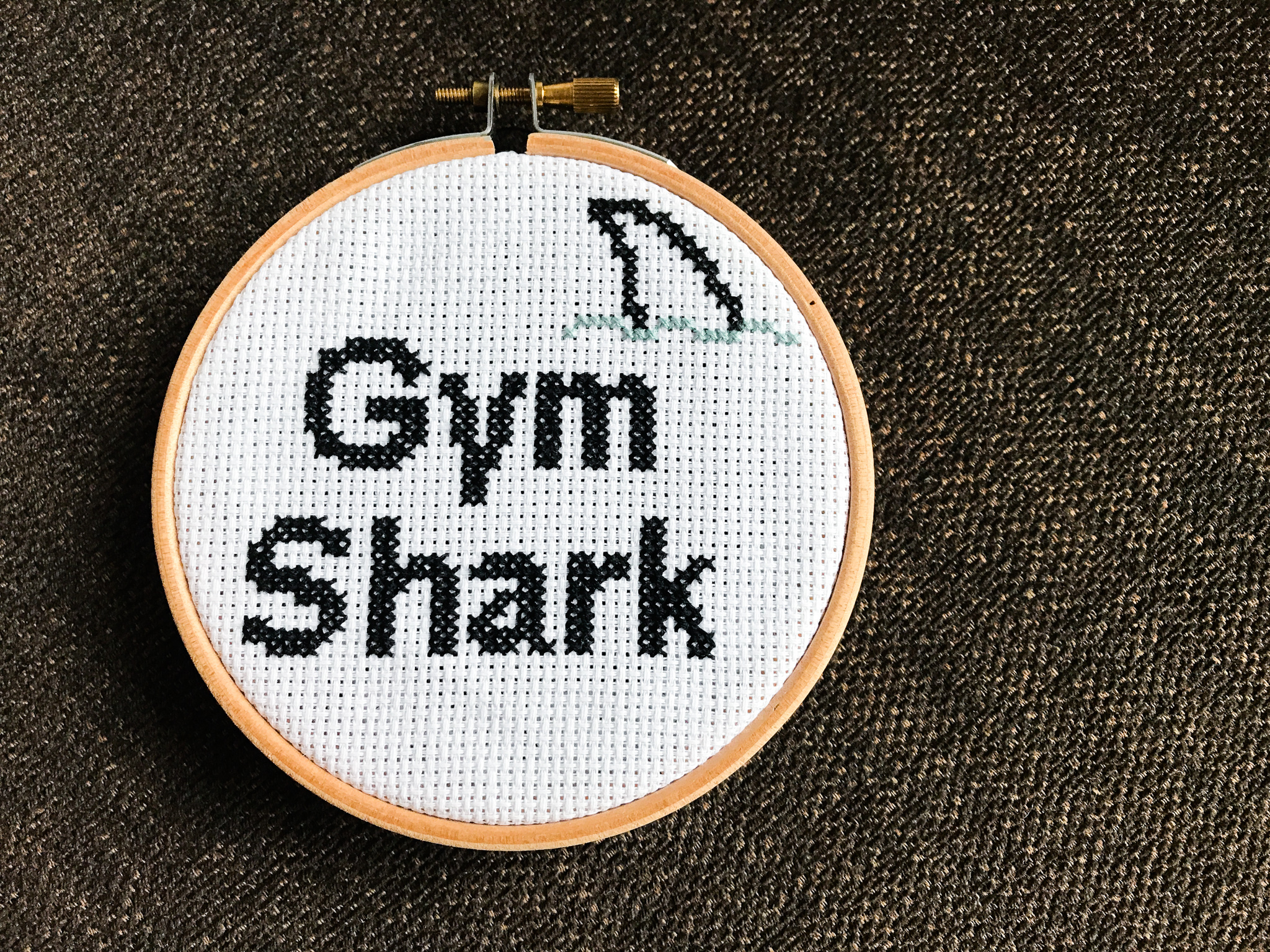 Scroll down for the word of December!

For once, it came to me immediately after reading the word I pulled out of my jar. It had to be cross stitch, and it had to be “Gym shark” – preferably with a shark, but I knew I only had the smallest hoops and probably no time to go shopping for a bigger one.

I know Gymshark is also a brand of gym clothing, but I see people using the term for working out (in other clothes than Gymshark) a lot, so I figured I could use it as well. For me, a Gym Shark is someone who enjoys working their asses off at the gym, sweating hard while doing death lifts and pull-ups.

So after deciding what I wanted to do, all that was left to do was design the pattern. And cross stitch the project, of course.

To stitchfiddle.com I went. StitchFiddle is a website where you can design grid-like patterns, for instance cross stitch and c2c-crochet. There is also a possibility to use an existing image to start your design. I choose cross stitch as my craft – obviously – and selected DMC as my floss. StitchFiddle then works with the specific numbers DMC gave to their different colors! Super-easy, because then you will know which numbers of floss to buy.

First, I counted how many stitches fitted in my tiny hoop. 51, as it turns out. I set the size of my project to 51X51. Then I searched Pinterest for a font I’d like to use as a base. There are so many possibilities!

For the finishing touch, I added a shark fin. Check out the final design! Because I was so quick with deciding on what to make, I started early on this project. Most of the lettering was done at a crafts-weekend with my sisters: they were drawing in their art/bullet journals while I was cross stitching.

I enjoy cross stitching so much! Before I tried it, I thought that it would be one of those “let’s try and get bummed out because you don’t like it that much” situations. Boy, was I wrong! It is a close second to crochet, my favorite crafting skill. So get used to seeing more cross stitch patterns in the future!

The word of December is: Pancake 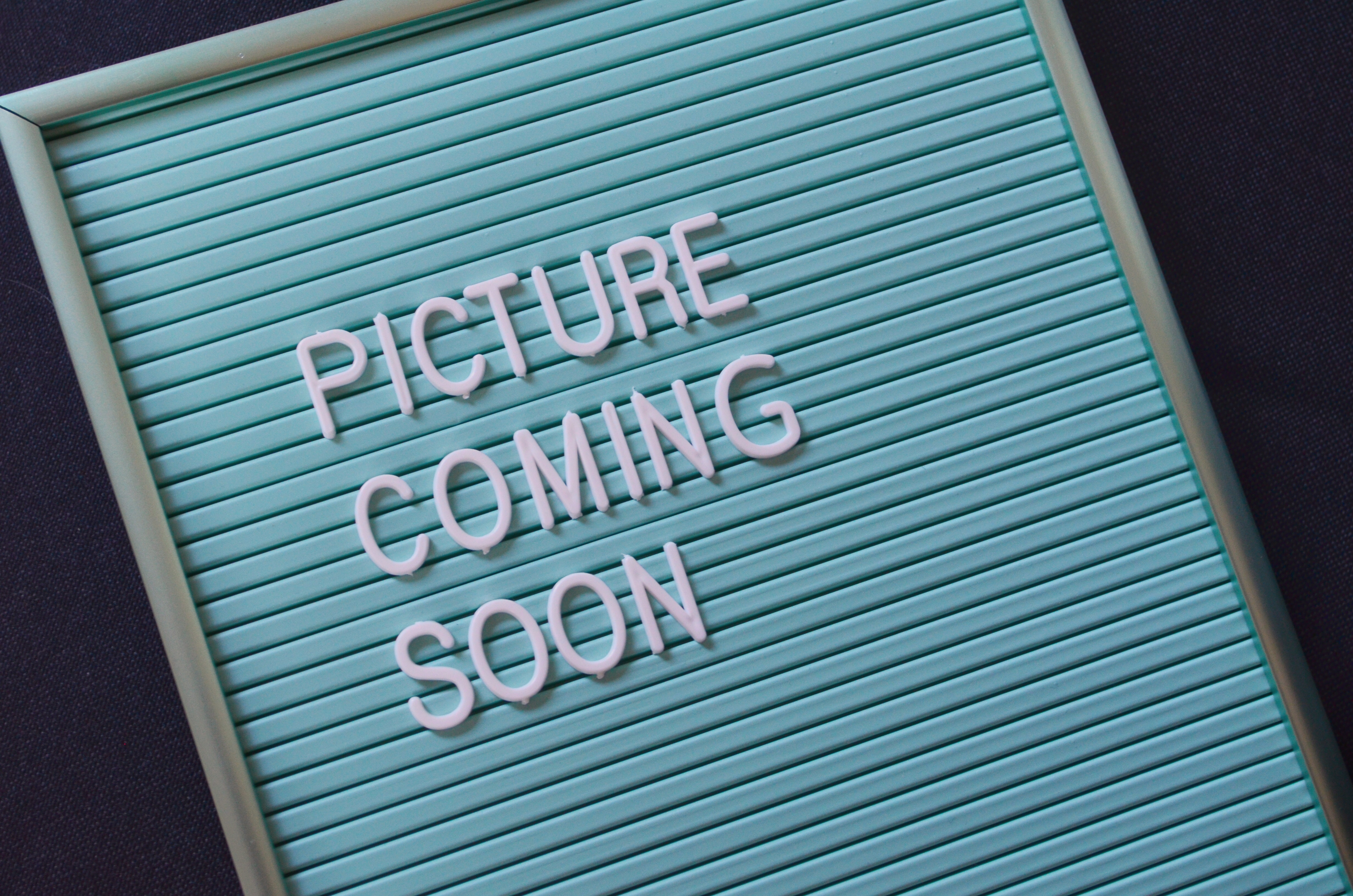 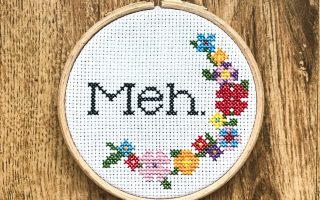 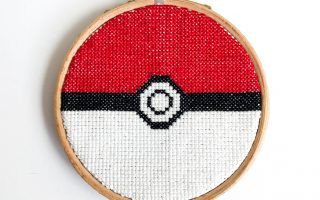